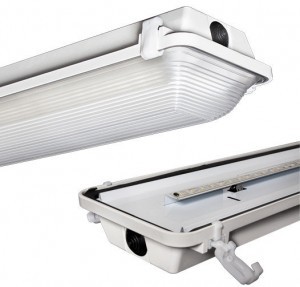 LM-79 testing captures performance characteristics of EPCO’s solid-state LED luminaires. This testing provides a snapshot of our LED luminaires performance under specified operating conditions typically referred to as initial measurements. However LM-79 testing does not address or include lifetime luminaire ratings, changing performance over time (e.g., lumen maintenance), or EPCO’s luminaire housing temperature. The LM-79 method is applicable to integrated LED products, such as luminaires but it is not applicable to LED packages, modules, or arrays (collectively referred to as LED light sources).

LM-79 data enables objective product comparisons of EPCO’s LED luminaires, allows for evaluation relative to performance requirements, and is required by voluntary labeling programs such as LED Lighting Facts and ENERGY STAR®. Although LM-79 does not prescribe a report format or the minimum content, a substantial list of “typical items reported” is provided. Key types of measurements addressed in the document include electrical characteristics, lumen output, spatial distribution of light, and color attributes.

A variety of electrical measurements is conducted as part of LM-79 testing, including but not limited to:

Aside from the performance of the luminaires itself, several important elements should be included in LM-79 reports. For all photometric reports, the test laboratory—which should be accredited for the specific tests performed—should be clearly identified. Further, reports should clearly indicate that the LM-79 test method was followed, list the apparatus(s) used, and describe the specifics of all test equipment. It is also important that the report explicitly identify the particular configuration and version of the product tested, along with the test date. In addition, complete information should be provided for LED light sources, power supplies, and other components, such as those used for optical control and thermal management. Finally, product photographs can reveal items that may otherwise be overlooked or difficult to adequately describe. These items should be compared to product specification sheets to ensure manufacturers are accurately using the test results.

The metrics and supporting diagrams included in LM-79 reports are extremely useful for preliminary product screening – aka – the “spec” manship between EPCO and our market competition. An experienced consulting-specifying engineer, electrical contractor, or certified lighting management consultant uses these metrics to identify and select LED luminaires that have an appropriate distribution for a specific application, or detect potential problems in terms of uniformity, glare, or obtrusive light. In addition, a series of products with a cosine distribution would be less likely to meet uniformity requirements—they might create pools of light directly under luminaires, with relatively dark areas in between—in scenarios such as street lighting, where the distance between luminaires often greatly exceeds the mounting height.

Be aware though – simple metrics and diagrams can easily misinterpreted. A luminaire cannot be simply characterized as low or high performance. It may perform well in one scenario and perform poorly in another scenario. Illumination software can be used to overcome this gap by incorporating LM-79 test data (typically using IES-format electronic files), geometric parameters, reflectance characteristics of illuminated surfaces, and the combined contribution of all luminaires in the lighting system. Although LM-79 reports may be somewhat limited in utility, the data gleaned from LM-79 testing enables complete photometric analysis to ensure requirements are satisfied.