Home » Blog » The New Way to Shop for Light Bulbs

The New Way to Shop for Light Bulbs

Let me take you back to January 1, 2014. This is the day that marked the end of a seven-year effort to outlaw the ordinary light bulb, thanks to the 2007 Energy Independent Security Act (EISA)* that raised minimum efficiency standards for traditional incandescent bulbs far beyond what the technology can manage. Simply put, it’s lights out for the traditional light bulb, which was essentially killed by that legislation.

*(The stated purpose of the EISA act is “to move the United States toward greater energy independence and security, to increase the production of clean renewable fuels, to protect consumers, to increase the efficiency of products, buildings, and vehicles, to promote research on and deploy greenhouse gas capture and storage options, and to improve the energy performance of the Federal Government). 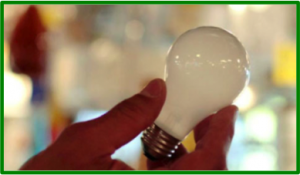 For years, everyone purchased light bulbs based on watts, or energy use. Like many light bulb consumers, I looked for the traditional 40, 60, 75, or 100-watt incandescent bulbs. Now that stores today carry more and more energy efficient lighting choices, I wanted to replace my old incandescent bulbs with new bulbs to save energy and money on my electricity bill. But in shopping for the right bulbs, I came across a challenge in looking for bulbs based on watts. Since these newer bulbs use less energy, I found bulbs that use 8, 15, or 26 watts. The wattages are pretty close to each other, but the brightness levels of each of these bulbs can vary quite a bit! 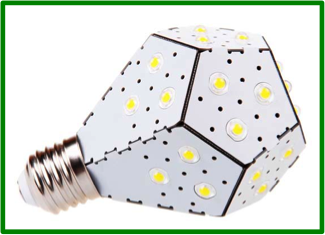 I realized that the best way to shop for light was to look for the brightness, or lumens, of the bulb, instead of the watts. Lumens tell you how bright a bulb is, and are listed on the bulb packaging. More lumens mean brighter light. When replacing a 60-watt traditional bulb, you should look for a new bulb that gives you about 800 lumens.

So, the next time you find yourself looking to replace your traditional incandescent bulb with an energy efficient bulb, choose your next light bulb for the brightness you want and look for lumens—the new way to shop for light.

After looking for lumens instead of watts, I found an LED bulb for my bathroom that was about 800 lumens. The light quality was great for the bathroom, the color was warm white, and my electricity bill has gone down a lot compared to using the traditional incandescent bulb.