Home » Blog » Luminaire vs. Light Fixture: What is the Difference?

Luminaire vs. Light Fixture: What is the Difference? 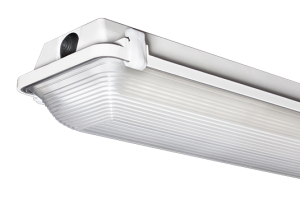 The Illuminating Engineers Society (IES) uses luminaire. The United States Congress uses fixture. And it’s not uncommon to hear someone use lamp when pointing out a source of light. But which term is correct when referencing a lighting unit?

While both identifiers are technically correct,luminaire is actually the proper technical term. The IES Lighting Handbook and the 2014 National Electrical Code, Article 100 (which originally the 2004 NEC), define a luminaire as, “a complete lighting unit consisting of a lamp or lamps together with the parts designed to distribute the light, to position and protect the lamps, and to connect the lamps to the power supply.”

Why the adoption of luminaire over light fixture? The 2004 NEC Handbook provides a hint: “standardization”. Luminaire is used not only by the IES Lighting Handbook and ANSI/NEMA standards but also by the International Electro-technical Commission.

This is a recent addition, as the term luminaire was only added to the 2002 edition of NEC handbook. Lighting fixture is not defined in any standard, so the actual meaning can vary. Does the term include the lamp, or the lamp guard, the globe, the lens or diffuser, the support, the pole, or fixture fitting? Then adding to the potential confusion is that a light fixture would be called a light fitting in England, and the historical term is electric light.

Luminaire, as a standardized and defined term, offers advantages to the consulting-specifying engineer and the end-user. Unlike lighting fixture, the definition of luminaire is easily found in a dictionary, or online. The definition includes the lamp and all components directly associated with the distribution, positioning, and protection of the light unit, so there is no confusion as to exactly what the term covers. It does not include the support components, such as an arm, tendon, or pole; the fasteners used to secure the luminaire; control or security devices; or power supply conductors.

Like me and many of you, the use of the “lighting fixture” in product catalogs, product data sheets, cut sheets, and in engineering drawings has very become commonplace, most likely through tradition.

But as long as the product specification and supporting documents mention light fixture or luminaire either term may be used interchangeably. My preference is luminaire as it again includes the lamp and all components directly associated with the lumen distribution, positioning, and protection of the light unit.