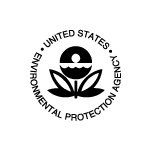 SUMMMARY – To amend the Internal Revenue Code of 1986 to improve and extend the deduction for new and existing energy-efficient commercial buildings, and for other purposes.

Be it enacted by the Senate and House of Representatives of the United States of America in Congress assembled,

(a) Short Title – This Act may be cited as the ‘Commercial Building Modernization Act’.

SECTION 2. EXTENSION AND MODIFICATION OF DEDUCTION FOR ENERGY-EFFICIENT COMMERCIAL BUILDINGS.

(A) IN GENERAL – Subparagraph (B) of section 179D(c)(1) is amended by striking ‘building’ and inserting ‘commercial building or multifamily building’.

(B) DEFINITIONS – Subsection (c) of section 179D is amended by adding at the end the following new paragraphs:

(3) COMMERCIAL BUILDING – The term ‘commercial building’ means a building with a primary use or purpose other than as residential housing.

(4) MULTIFAMILY BUILDING – The term ‘multifamily building’ means a structure of 5 or more dwelling units with a primary use as residential housing, and includes such buildings owned and operated as a condominium, cooperative, or other common interest community.’.

(3) INCLUSION OF PROPERTY LOCATED IN POSSESSIONS OR TERRITORIES- Clause (i) of section 179D(c)(1)(B) is amended by inserting ‘or any possession or territory thereof’ after ‘United States’.

(b) Increase in Maximum Amount of Deduction-

(A) IN GENERAL- Except as provided in subsection (f), if–

(ii) there is a certification in accordance with paragraph (6) that–

(I) any system referred to in subsection (c)(1)(C) satisfies the energy-savings targets established by the Secretary under subparagraph (B) with respect to such system, or

then the requirement of subsection (c)(1)(D) shall be treated as met with respect to such system or systems, and the deduction under subsection (a) shall be allowed with respect to energy-efficient commercial building property installed as part of such system and as part of a plan to meet such targets, except that subsection (b) shall be applied to such property described in clause (ii)(I) by substituting ‘$1.00’ for ‘$3.00’ and to such property described in clause (ii)(II) by substituting ‘$2.20’ for ‘$3.00’.

(i) IN GENERAL- The Secretary, after consultation with the Secretary of Energy, shall promulgate regulations establishing a target for each system described in subsection (c)(1)(C) which, if such targets were met for all such systems, the property would meet the requirements of subsection (c)(1)(D).

(ii) SAFE HARBOR FOR COMBINED SYSTEMS- The Secretary, after consultation with the Secretary of Energy, and not later than 6 months after the date of the enactment of the Commercial Building Modernization Act, shall promulgate regulations regarding combined envelope and mechanical system performance that detail appropriate components, efficiency levels, or other relevant information for the systems referred to in subsection (c)(1)(C)(iii) and subsection (c)(1)(C)(iv) together to be deemed to have achieved two-thirds of the requirements of subsection (c)(1)(D).